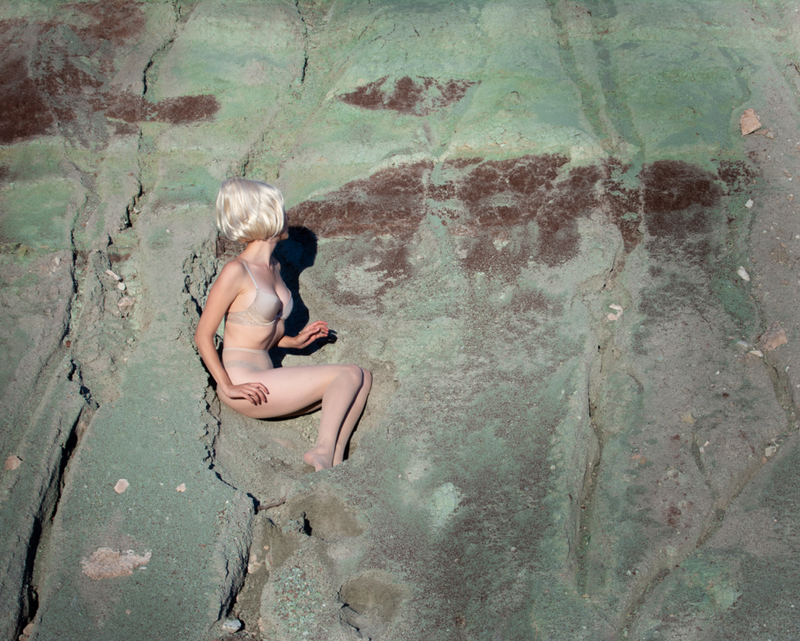 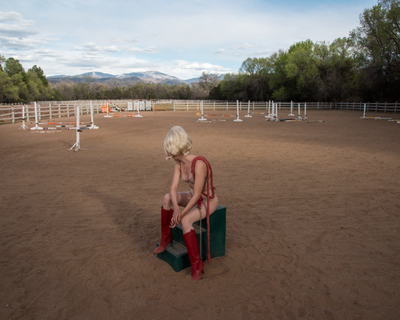 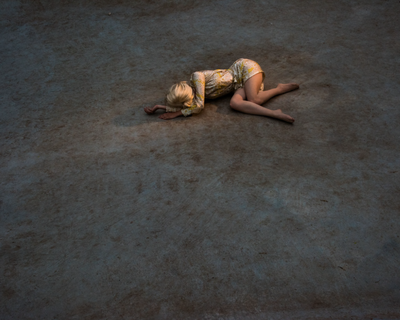 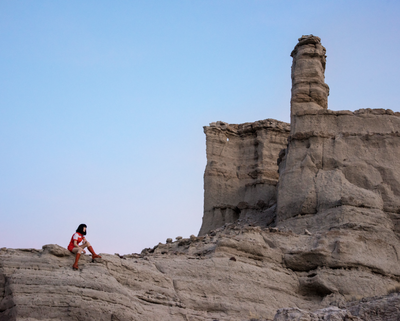 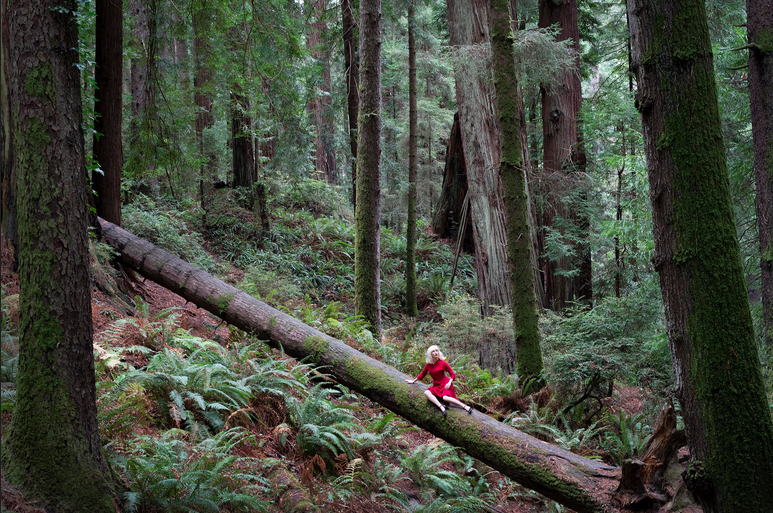 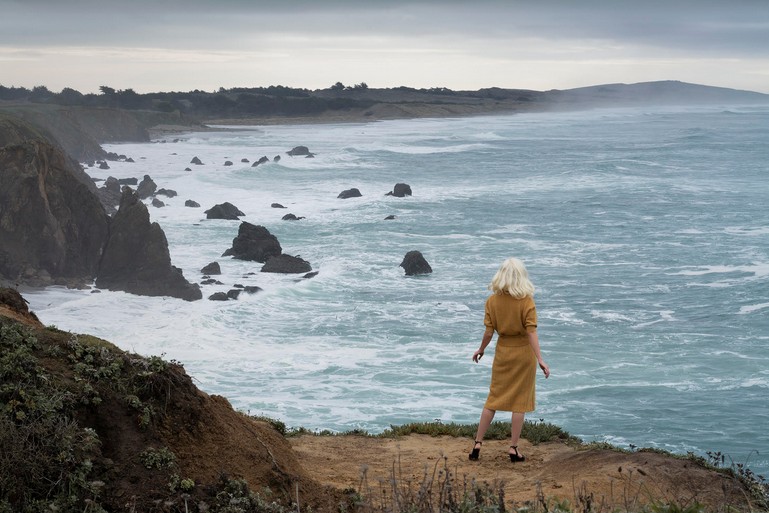 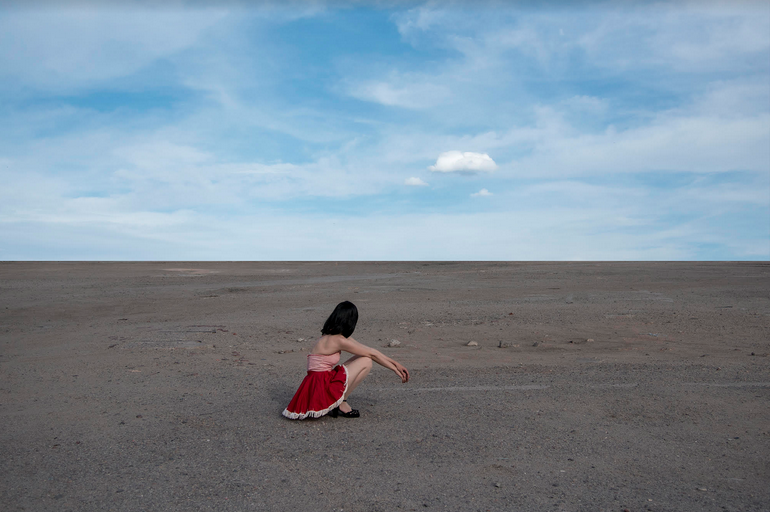 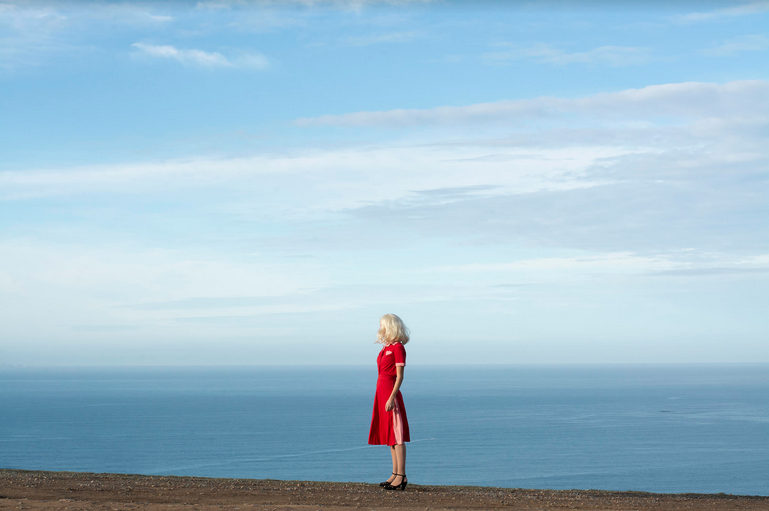 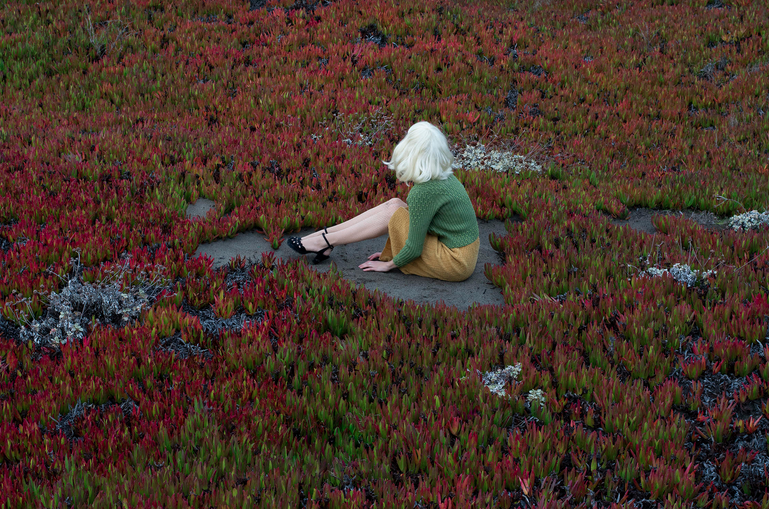 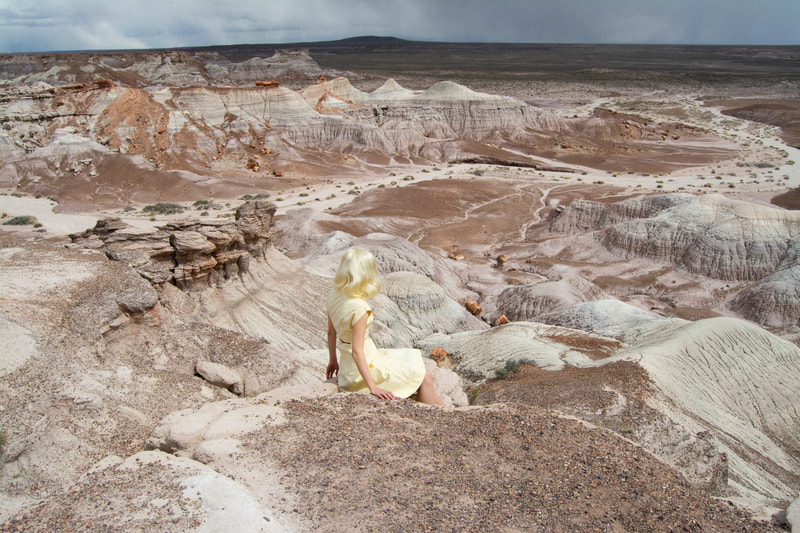 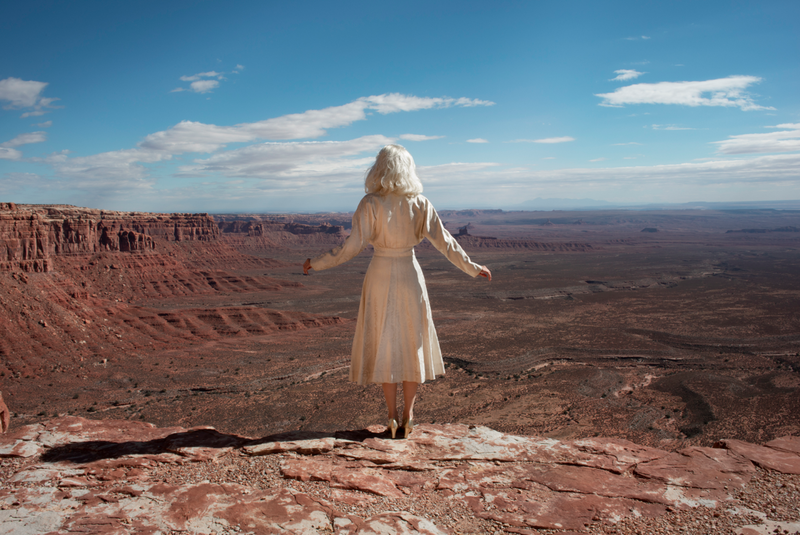 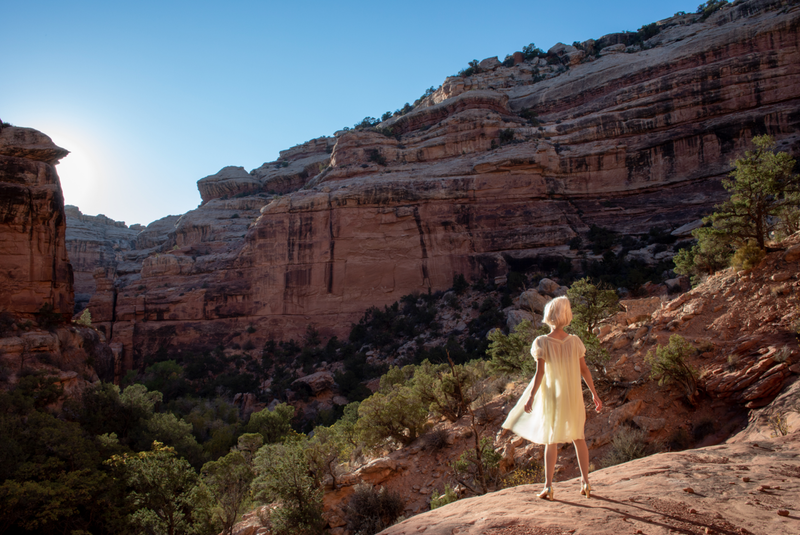 Dress is a complex language of visual cues signifying personal identity and an individual’s role and value within society. Using myself as the principal character, I aim to cast a magnified lens on the performative nature of self expression by staging exaggerated poses and somewhat campy caricatures of femininity. The characters I present are nameless and often faceless women in stylized, typically restrictive, mid century modern dress, wearing arguably ‘impractical’ clothing for their environments. Outfitted in platform boots and mini dresses atop imposing rock ledges or in nude lingerie in vacant rodeo rings, they present unlikely heroines, challenging the famous and overly simplified cliche of ‘you are what you wear’ and turning the table on how women’s fashion has been used historically for ritualized submission.

The predominant portrayal of women in the history of art and culture has been through a collective male imagination, one that is often curated, visually pleasing and expresses an easily palatable view of femininity. More ‘in conversation with’ than in direct opposition to this gaze, my characters are still stylized in their dress and presentation of femininity but my impersonations of these independent female figures within vast, powerful landscapes also present a subversive tableau of quiet refusal from those not interested in fulfilling gender norms of their eras or situations.

My characters rarely look into the camera’s lens, not in submission but in disregard of any invisible viewer that may exist inside or outside the frame. Indifferent to the possibility of being watched or put on display, they cast their view outwards and into the landscape, existing in their own private, interior worlds. A suggestive interaction between figure and landscape is created by placing these women outside of where they look like they belong to re-craft a narrative through their existence in fantastical situations and challenging landscapes. Their personal identities simultaneously defined and defied by their physical presentation, challenging the viewer’s expectations of the hyper-feminine role and adding a backstory and dynamism to an often one-dimensional archetype.